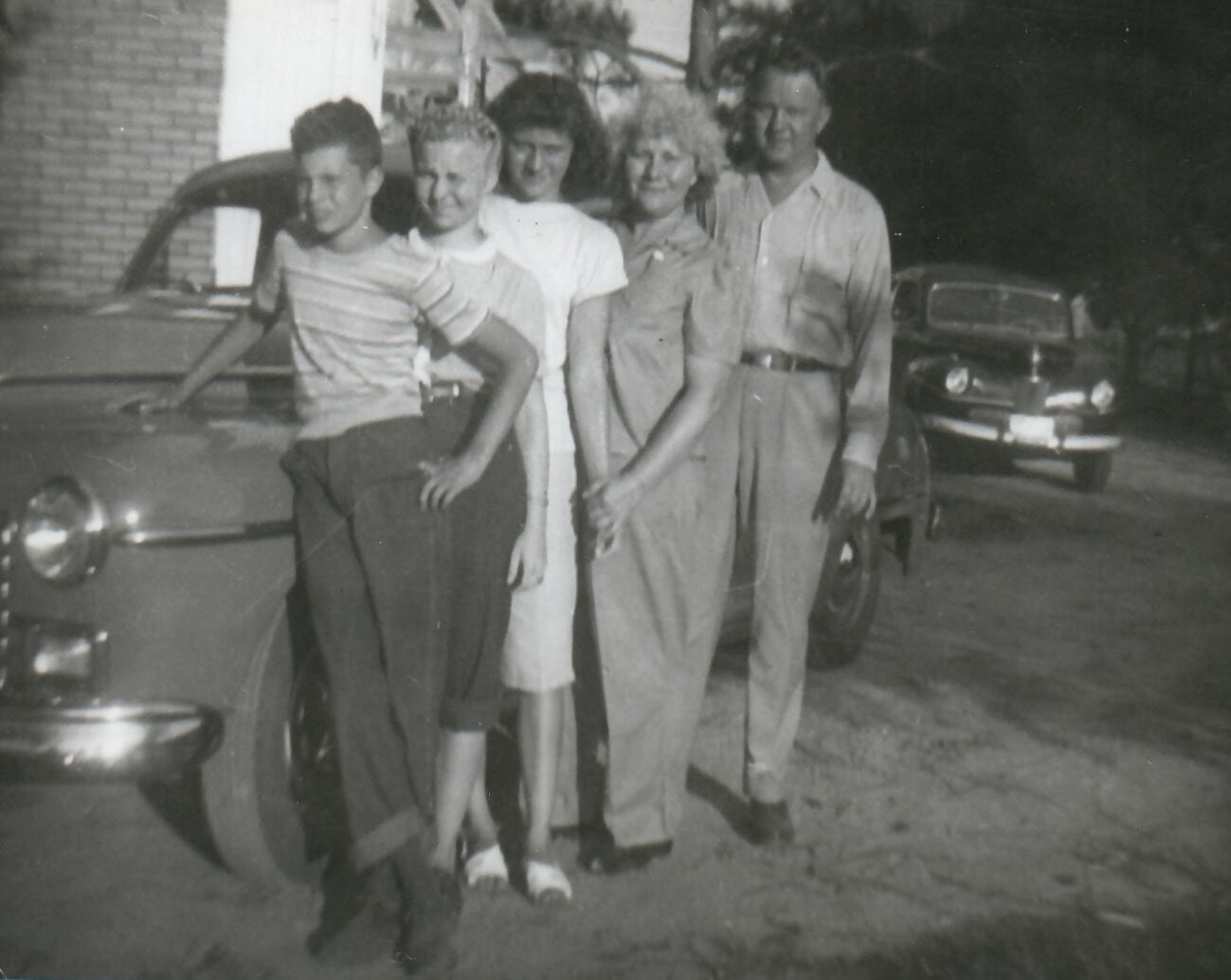 Grandma and the Illinois drivers test in the 40s.

It was in the very early l940’s that the State of Illinois passed a law requiring all motorists to have a driver’s license. I sent in my application, but to my dismay was informed that I would have to take a driving test. I had not driven enough miles.

I wonder about that “honestly is the best policy” bit. I unhappily greeted my husband Charlie when he came home from work.

“What’s the matter”, he asked. “Did Chuck (our eight year old baseball enthusiast) “break another window?”

“Worse than that” I answered, “I have to take a driving test in order to get my license. It is not fair ! Aunt Mary never drove a car in her life and she got her license without taking a test. Do you know why? On her application, she stated that she driven l0,000 miles.

“Well now, you weren’t entirely honest either by stating that you had driven 1,000 miles” chided by dear one. I wanted sympathy not reproach and instantly regretted preparing his favorite dinner of lamb stew and dumplings.

I took the test in our seven year old Chevvy and smilingly informed the young man giving the test that I wasn’t responsible for all the dented fenders. He didn’t seem impressed. I was very nervous and got off to a rather jerky start. I got my license but was advised not to drive in heavy traffic until I had a little more driving experience.

Very soon after I got my license Charlie had to use the car for work every day and I very seldom had a chance to drive.
When we got our new Buick, it was definitely “hands off” for me. I dutifully renewed my license whenever necessary, even though I wasn’t driving.

In l961, we moved to Southern California. I soon learned that every one of our neighbors could drive. I very much regretted not having kept up my driving. Before long, I obtained a temporary driving permit and Charlie begrudgingly agreed to teach me to drive our fairly new Buick.

“I really don’t know why you insist on driving”, Charlie argued. “I take you wherever you want to go.” “Well, I defended, “suppose you become ill in the middle of the night and had to be rushed to a hospital.” “Please! I would rather wait for a cab”, he ungratefully answered.

The days were passing by very quickly. There never seemed to be a good time for a driving lesson. Charlie just had to finish painting the house before the gnats came. Then too, our daughter gave birth prematurely to twin girls and Grandma was needed to help out.

Finally about a week before my permit expired, my beloved grated me a few hours of coaching and said I should so all right.

The written test was a snap. I missed only two questions. Charlie had missed four on his test. My heart sank, however, when I discovered that I drew the so-called grouch for my testing. I had spent very little time in practicing parallel parking because Charlie insisted that it wasn’t important.

I wasn’t giving up that easily and made up my mind to try again. This time, my daughter took me in hand. She agreed that husbands do not make good instructors.

On my second try, I was familiar with the test run and got off to a beautiful start. My composure was brutally shattered when I was asked to make a right turn. On my first try, I was instructed to make a left turn. That is why I made sure to get into the left lane.

The traffic was very heavy. I signaled for a right turn. I looked over my right shoulder to make sure the coast was clear, and in so doing I must have unconsciously turned the wheel a little to the left into oncoming traffic. My tester immediately grabbed the wheel amidst the screeching of brakes and blasting of horns. Evidentially he realized his mistake and let me go ahead with a left turn, muttering something about a lethal weapon.

I didn’t get my license. Didn’t even get a chance to show my skill at parallel parking, on which I practiced so much. I don’t think it was sporting of the tester to tell Charlie that I almost caused an accident. I should think that would be privileged information.

A number of years have passed and I’ve learned to accept Charlie’s edict of “leave the driving to me.” Since moving to a retirement community, I see so many gray haired ladies driving, many of whom are older than I, I am sure. That old driving fever is getting me again.

Rose is mentioned in our stories a number of times. She’s the mother of Charles J. Hruska Jr, wife of Charles Sr.